SFERA is a spirituality and self-improvement program of exercises 20 years in the making. Every detail and every step of the way in its development has been perfected so that it remains dynamic and flexible enough to be suitable today, tomorrow and in another 20 years regardless of your age, life experiences, religion, knowledge etc. It enables hidden inner processes and allows people to get to know themselves in a completely new way, to discover things about themselves they weren’t even aware of. Progress is quick, changes are visible and, most importantly, felt. Quality of the personality you form during the studying and exercising SFERA is the basis for creating harmony in the relations with your family, society and nature – with the world. 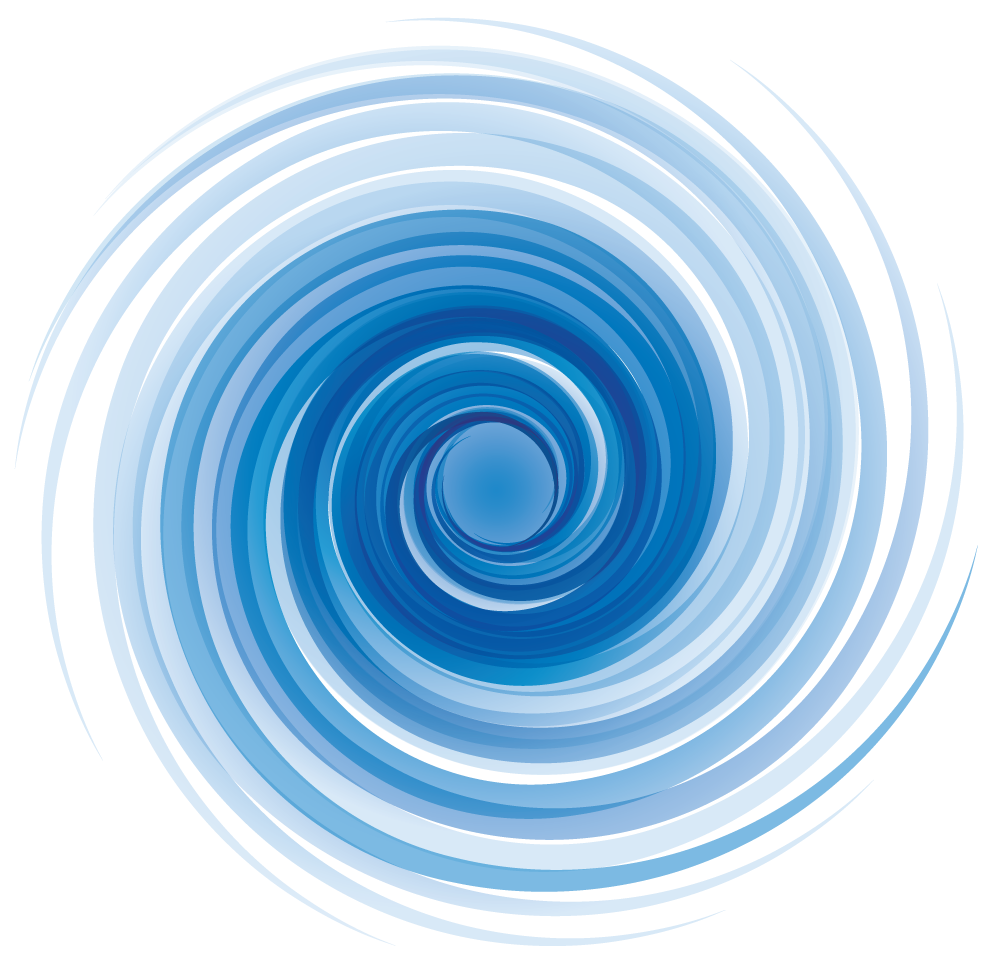 For over a decade, SFERA program has been a part of the personal harmonic development program called “The Golden Step” which was distilled from the healing methods of Ruben Papian called “Mental Correction and Communication” in 1993. Much like levels in current program, each “step” represented another achievement in personal improvement. During the time it was active, the program had hundreds of people attending it and making their way up the steps towards personal improvement and attunement.

Esotery has been inserted into the Golden Step program once it became a part of the “Institute for Esotery and Parapsychology Ruben Papian” in 2005. Now with much more practical exercises and covering a wider area of parapsychology and esotery, the programs on offer garnered renewed attention to self-improvement and energy healing.

Ruben Papian further modified the program in the past decade to make it more modern and effective especially after following the progress of people who successfully passed the entire program as well as advising with the best students who went on to teach classes of their own. Unnecessary “fat” was trimmed, less time was wasted and exercises have been fine tuned to perfection.

After all the tinkering, tempering, modifying, changing and evolving, SFERA program is at its absolute finest. It is efficient, precise and, most importantly, it shows amazing results. You will get to know the essence of your own being. You will find and feel the anchor to yourself, allowing you to truly believe in yourself and your actions. Take reigns of your own destiny. Become the master of your mind and body. Join the program now.

If you wish to learn more about the creator, founder and mastermind behind Sfera, read more here.

SFERA program has nine levels of exercises. Each level is dedicated to a specific topic or task but all levels share a single goal – create a better you.

It is recommended that you start at level one and then slowly work your way to level nine. Not only do exercises follow a specific gradation when it comes to the difficulty of exercises but they also follow a specific set of rules – what they stimulate, when and how many times. Some exercises stimulate parts of human beings that need to be sorted before others; some are just a set-up for what is to come. Furthermore, aside from regular levels there are also Synchro in-between levels which are special exercises meant to unify all the exercises that came before them. It is ill advised to do exercises out of order but you have complete freedom in choosing any level and exercise as you please.

These are your first steps towards unlocking your full potential. These exercises will show you how to breathe properly and how to position and distribute energy in your body. You will get to know your body and achieve physical harmony where body and consciousness are in balance, where consciousness doesn’t disrupt bodily processes. Your health will improve, your dreams will be clearer, your concentration will improve, your body and mind will be in tune and your overall energy levels will increase.

Second level involves that which people always try to control – emotions. These exercises will introduce you to your emotions and enrich your emotional spectrum. They will show you how to remove “yourself” as well as your wants and needs as the dominant factors towering over your emotions. A purification of sorts, one that will show you how to build healthy emotional relations, how to establish emotional stability, increase inner peace, release tension quickly and face negative influence of the environment better.

Psyche is a very important and delicate instrument. It is also not a biological part of your body, instead representing its coded form. Third level exercises will teach you how to navigate around things that have been imprinted on your psyche without your consent – rules of the social environment, mentality of the region you were born in, words of your family as well as collection of your own complexes. Fine-tuning your psyche is very important for your entire system to function properly. As such, this level will build a stable psychical state, increase your self-confidence and determination and allow you to form truly your own attitudes and thoughts.

Spirituality is a vital part of your being, an instrument that needs to be harmonious and in perfect working order for you to bring yourself forward, to feel connected to your environment. Fourth level exercises connect you to things around you in order to improve you. They are improving, maintaining and increasing the quality of your “inner ear”. You will gain increased intuition, understanding of your dreams, rekindled creativity, stronger trust in your decisions and judgment and feel connected to nature and everything around you.

Finishing levels one through four is a monumental step forward in your own development. By now you know the basics, have better grasp over your emotions, psyche and spirituality. You feel connected to the environment, you are healthier, smarter, stronger, better. But what we need now is one exercise to unite all of this together into a unified symphony – and that is where Synchro comes into play. Synchro marks the end of one large chapter on your journey to better yourself.

The next step is mental operability. Your mental state is constantly channeling, sending, conflicting, filtering, joining, separating and processing signals that are all around you and thusly, inside your mind, the module of your reality can be found. First half of the fifth level is comprised of exercises that are going to increase the precision of your mental functions. You will learn faster, memorize with more details, develop your sense of hearing and sight, and gain sense for precise timing. After you “sharpen your senses”, you can move on to the next half of this level. In it, exercises will further open your mind and eradicate impulse behavior, instead replacing it with understanding of need and necessity. They will show you how to adjust your wishes with your possibilities, increase your self-respect, feel better in your own skin and choose people you want to surround yourself with. In short – you will awake from your regular slumber and discover something new about yourself and your surroundings.

So far, you have already molded yourself into something grand but you mustn’t forget that every one of us came as a result of something. Parents, long line of ancestors, geographical ancestry etc. Regardless of what it is, it is important because it describes how your inner instruments came to be. It is a wealth of information that is worth exploring on your path to self-development. Exercises of this level confront you with your origin, with your hidden past. They activate your genes to uncover all the hidden and misplaced information that you can use in you daily life and become richer for it.

Before moving on, it is time to consolidate. You dug deep inside yourself and you feel your immediate vicinity but you need to combine this knowledge and information and assimilate it to create a single stronger, more stable, secure and powerful entity – yourself. Exercises of this level are made to reinforce you, cement your power, enhance your abilities and create no visible difference between power in and around you.

By now, you have great familiarity with yourself. Just thinking that some people never truly meet themselves seems distant and weird to you now. That kind of confidence and strength is required for this next step; without it you wouldn’t be able to complete this exercise. Once again it is time to unify everything you exercised previously and further fine-tune and enhance your instruments.

If you look into the mirror you will see a person who thinks differently, with wider and wealthier thoughts. A person that lives with “full lungs” and experiences life with greater fulfillment and pleasure. But is that person ready to speak? Are your inner instruments of such quality that your words are coded music filled with essence of your thoughts and emotions? Verbalization level shows you how to send your words to others so that they may be decoded, properly, and instigate all the necessary parameters in others. Verbal spirituality is one of the most difficult and complicated levels but because of who and what we are, it is also a very important parameter of consciousness. Exercises will teach you to differentiate analysis and listening, how to chose the most adequate way to pass on the information to someone, how to better understand your interloper and how to perfect the art of communication.

On this level you know how to think and how to communicate with the world. You know and can do a lot – and the freedom in your actions and thoughts is great. But often people find themselves lost in that freedom given the sheer amount of options they have at their disposal at any given time. You need to manage your inner resources. The ninth and final level is dedicated towards final fine-tuning. The goal is to achieve constant maintenance of all the instruments in the human being and induce constant fine-tuned state. You know how to do things, how to say them and how to think, now it’s only a matter of adjusting all of your instruments to support that. Exercises of this level will also allow you to understand what is right for you in any given moment, understanding of faith as a natural ability of beings and show you how to believe while allowing you to choose the direction and object of your belief. In short, this level enables true spiritual freedom.

Look how far you have come. You are a spiritual explorer, one that understands both the inner workings of yourself as well as others, your surroundings and nature itself. You know how to manage your freedom and voice your essence. Now, finally, it is time to bring it all together into one body, one mind, one being. You were given the key to yourself. Now unlock the door.

We are ready, willing and able to answer any question you might have about SFERA, program, levels or exercises. Reach out to us and we will respond as soon as possible. Contact us by writing directly to: